Broei is an open ‘thinking and doing’ place for the new generation: a breeding ground where young people have the chance to develop their talents. Young people looking for opportunities are given a place here to 'try something' and experiment together in the historic Duivelsteen. Broei vzw aims to bring a new dynamic to Ghent city centre.

In 2016, the City of Ghent sold the Geraard de Duivelsteen to a private party, the Ghent holding company Koiba NV. In anticipation of a permanent purpose, the owners were looking for initiators who wanted to give the vacant property a temporary use, which focused on the new generation. The owner entered into a partnership with Broei vzw, agreeing to jointly invest in Broei’s operations in order to test the use of the building. In the summer of 2019, Broei’s core team launched an open call aimed at organisations by and/or for young people between the ages of 16 and 30 and young people not involved in an organisation wanting to (further) develop their own projects within Broei. After months of preparation with the selected organisations, Broei opened its doors to the general public in the summer of 2020.
Since 2020, the Duivelsteen has thus served as a place for experimentation, as a talent factory and open house where young people can meet. The core team of Broei vzw acts as a facilitator; it makes the house available as a base, carefully selects organisations devoting adequate attention to 'unusual suspects', and offers support to the organisations in terms of material, guidance and visibility. The selected organisations are given the opportunity to do, think and experiment for several months during the summer, and to help outline the Broei framework. The 'community of communities' of selected young or established organisations consists of youth leaders and (programme) makers; the leaders ensure that the young people are reached and the makers provide a varied programme. The activities that take place in Broei are based on three pillars and the resulting cross-pollination: technology and sustainability, learning and enterprise, creativity and expression. Broei is a platform for young people who dare to look beyond the walls of their own organisation, to learn from each other and build a new collective story together. The cross-pollination ensures that young people who would otherwise have been left behind or who have a creative idea that they cannot develop through the usual channels, are given the space to find, develop and explore their interests and talents in an informal manner. The first step towards exploring something new is facilitated within the walls of Broei because it’s exactly the place you might inadvertently discover it. The core team also ensures that Broei, with its 'community of communities', remains accessible to the most vulnerable young people, by ensuring an inclusive range of options and keeping prices low.
The operation of Broei vzw is based on 'community building' and 'community governance'. Thus, in the run-up to the official opening, a collective development period was planned under the supervision of Constructlab. Instead, because of Covid-19 measures, Constructlab set to work with a small team to transform the halls into multifunctional places by means of small and modular spatial interventions. The aim of this participatory construction project was to foster a sense of community and shared ownership of the project within the organisations. The core team is also highly committed to this aspect in its day-to-day work developing community governance.

BROEI is an experimentation space and talent factory for and by young people in Ghent's historic centre.
fileFinal Evaluation 2020
"In 2020, BROEI saw the light of day. At least, that is how it appeared to the outside world. The story of our temporary use of the Duivelsteen - entirely destined for the new generation - begins a good two years earlier with a study by Architecture Workroom Brussels commissioned by the owners. They examined what the building could mean to the fabric of Ghent."

fileBROEI-chure
BROEI is a breeding ground where talents are given time to mature. A place where young people can 'try things out' together. Because nothing is forced and much is possible, with respect of course for the building, for each other and for the neighbourhood.'

fileInfographie
BROEI is a facilitator: we hand over what we can and provide a social safety net. We stimulate internal collaborations between the organisations affiliated to BROEI and facilitate collaborations with external partners. We allow constructive friction.

articleOpen Call BROEI 2021
The BROEI vzw core team makes the house available as a base, takes care of a careful selection of organisations with sufficient attention for 'unusual suspects' and offers support to these organisations in terms of material, guidance and visibility. 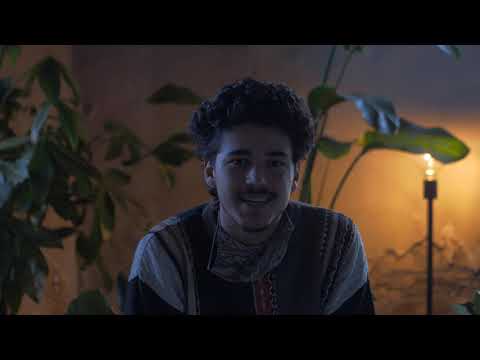 videoOne year BROEI in retrospect
BROEI is a platform for young people who dare to look over the wall of their own organisation, learn from each other and together build a new collective story.

One year BROEI in retrospect

BROEI is a platform for young people who dare to look over the wall of their own organisation, learn from each other and together build a new collective story.