The pilot project ‘Nos Bambins’ in Ganshoren shares the power generated by solar panels on the roof of a school with several neighbours in the street, making it one of the first energy communities in Brussels.

Since August 2020, 122 solar panels installed on the roof of the nursery and primary school ‘Nos Bambins’ in Ganshoren have been making the most of the sunshine. The school's large roof generates more solar power than the school consumes, especially in the summer months and during weekends. The NPO APERe (Association pour la Promotion des Energies Renouvables) and Brussels grid operator Sibelga selected the school as a test location to set up a local energy community. Many neighbours do not own their home and cannot afford to install solar panels on their roof. There are also power surpluses, such as during weekends and the summer holiday. Combining supply and demand and sharing electricity ensures that more people can enjoy the benefits of renewable energy.

An energy community was established to share the power, consisting of six neighbours, who are private individuals (one of whom also generates power) and the municipality, which supplies its surrounding facilities with the renewable power. Buildings with complementary consumption profiles are ideal. The fair distribution of power between the members and the development of a new finance model takes place under the guidance of APERe. Local power is cheaper because only a small part of the electricity grid is used. This results in a lower tariff than the usual grid tariff. At the same time, producers can sell their power locally at a slightly higher tariff than they would receive if they fed it back into the grid. What's more, smart electricity meters were installed, which constantly measure the amount of power generated and consumed by the participants.

Legislation has not yet been amended for sharing local power surpluses with neighbours. A few pilot projects like ‘Nos Bambins’ are possible after obtaining permission from Brugel. Work is underway on the legislative framework. What's important about local energy communities is that they do not focus on profit, but also strive for benefits at the social, economic or ecological level. Once it becomes easier to share energy with the neighbourhood, involvement in the transition to renewable energy will also increase.

Nos Bambins in the spotlight

Renewable energy, generated by the solar panels on the roof of Ganshoren's kindergarten and primary school or by smaller prosumers, is now shared locally in an energy community made up of local residents.
articleHow the first energy community in Brussels shares solar power
If energy is generated and consumed locally, it can be sold more cheaply. The surplus generated by the solar panels on the school's roof is sold at a lower tariff than the grid to the neighbours who can use it when the school itself does not.

articleIn Ganshoren, a school now provides the energy supply for a whole district
Brussels electricity grid operator Sibelga supports the energy community in arranging the practicalities of sharing generation between the various users and defines the power’s terms and conditions of sale. Sibelga also provides smart, communicating meters to keep track of consumption and generation, resulting in lower energy bills. 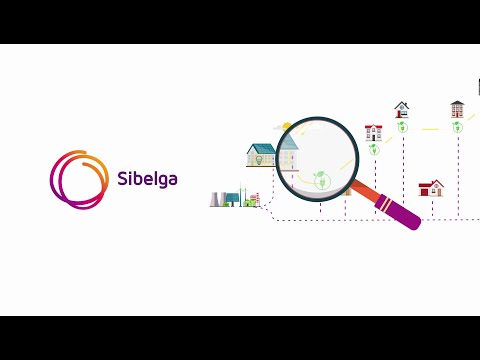 Consumers in an energy community buy energy at a lower rate from one or more producers through collective self-consumption. For this purpose, producers and consumers must be jointly represented by a legal entity (the energy community) that signs an agreement with the network operator.