Art Basics for Children (ABC) vzw is positioned at the interface between art and education. It is a laboratory for aesthetic experience and artistic awareness and creative development. The ABC House in Schaarbeek is an open and dynamic research centre focusing on art, culture and education, intended for school classes, families, trainee teachers, supervisors of youth workshops, employees of museums and libraries, both from the neighbourhood and the wider surroundings.

ABC works on two levels. On the one hand, ABC is a mobile initiative active in different locations and works locally on developing social infrastructure. On the other hand, ABC is a location-bound initiative, initially with the ABC studios characterised by a more nomadic nature, and the ABC House since 2008. An interactive ABC studio or the ABC House are a combination of a library, atelier and exhibition with inspiring books, ideas and visuals in an understated design. Children and adults can experiment here in a playful and creative way with their senses, their imagination and their creative ability. Each visitor gets to investigate for themselves and is encouraged to integrate this research-based approach in his or her daily life: looking and listening more consciously broadens their horizons. The emphasis is on 'learning by doing' by stimulating the pleasure of play and learning through play. Initiating a dialogue about their own perception and interpretation of stimuli is key, in order to strengthen the empathic capacity of individuals. Besides this direct impulse work, the initiators of ABC develop strategies to inspire (future) teachers to adopt a more artistic, personal way of teaching by means of informal learning experiences. On the other hand, ABC is a mobile initiative that is active in different locations and works locally on developing an educational-artistic infrastructure. The initiators of ABC want to integrate art and culture more closely in daily life and use education as a tool for dialogue and reflection.

The first interactive 'ABC studio' had a public pilot in 1998 at the BRONKS festival in Brussels. After that, the non-profit organisation operated nomadically for a while until it moved into its own premises in Schaarbeek in 2008. The ABC House is a former industrial laundry occupying 1,600 m2 over two floors, near Brussels North Station. ABC renovated the complex together with the architectural firm HUB. The ABC House consists of several studios, a cinema-auditorium, a nursery-café, an architecture studio, and a kitchen, designed with children in mind, as the hub of the House, outdoor play areas and a vegetable garden. ABC is convinced that the way a space is furnished affects how we learn. When designing the ABC House, the architects worked in close consultation with the initiators to find the right balance between increasing awareness and over-stimulation.

The location of the old industrial complex is characteristic of the friction between the business office environment of the Northern Quarter and the heterogeneous urban fabric of Schaarbeek. With the ABC House and the renovation of the old factory, the initiators hope to create a place at this charged pivotal point in Brussels that will appeal to families, children, teachers, entrepreneurs, artists, and newcomers, as well as the many commuters and visitors who pass through the site every day. The ABC House consciously tries to position itself as a central link in the neighbourhood, by seeking cooperation with the local community. For instance, the ABC House also takes care of the environment by maintaining the public vegetable garden in the nearby Zenne Park.

ABC house in the spotlight

The ABC House offers a space for art and education for children and adults in the neighbourhood and the wider area.
imageArt Basics for Children Map
The old industrial complex lies between the business office environment of the Northern Quarter and the heterogeneous urban fabric of Schaarbeek. By seeking cooperation with the neighbourhood, the ABC House attempts to reduce the urban tension between the two. 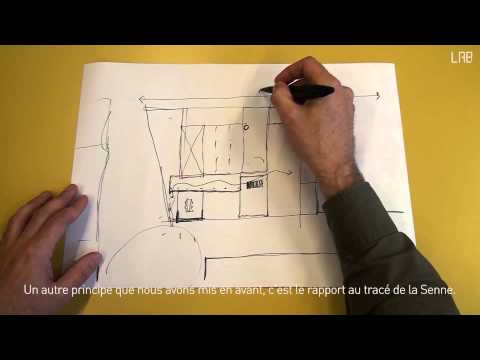 videoArt Basics for Children - HUB
The ABC House comprises several studios, a cinema-auditorium, a nursery-café, an architecture studio, a kitchen designed with children in mind as the hub of the house, outdoor play areas and a vegetable garden. The infrastructure reflects the balance between increasing awareness and over-stimulation.

The ABC House comprises several studios, a cinema-auditorium, a nursery-café, an architecture studio, a kitchen designed with children in mind as the hub of the house, outdoor play areas and a vegetable garden. The infrastructure reflects the balance between increasing awareness and over-stimulation. 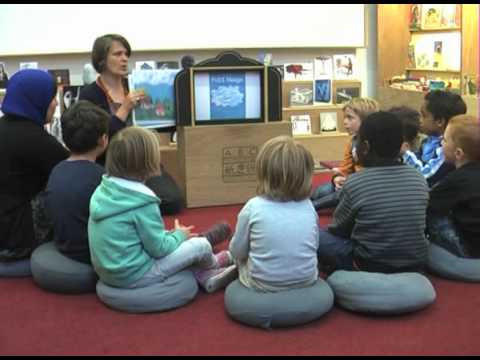 photo: Art Basics for Children, 2012
articleArt Basics for Children receives several awards: 'Teaching must be captivating'.
The ABC House is a library, a playhouse, an (art) studio and an exhibition space that harbours the ambition to make art and education available to everyone and thus afford art a more prominent place in everyday life.